Focus on the Good

A virtual place to visit that highlights the positive stories in our community during the COVID-19 public health crisis. 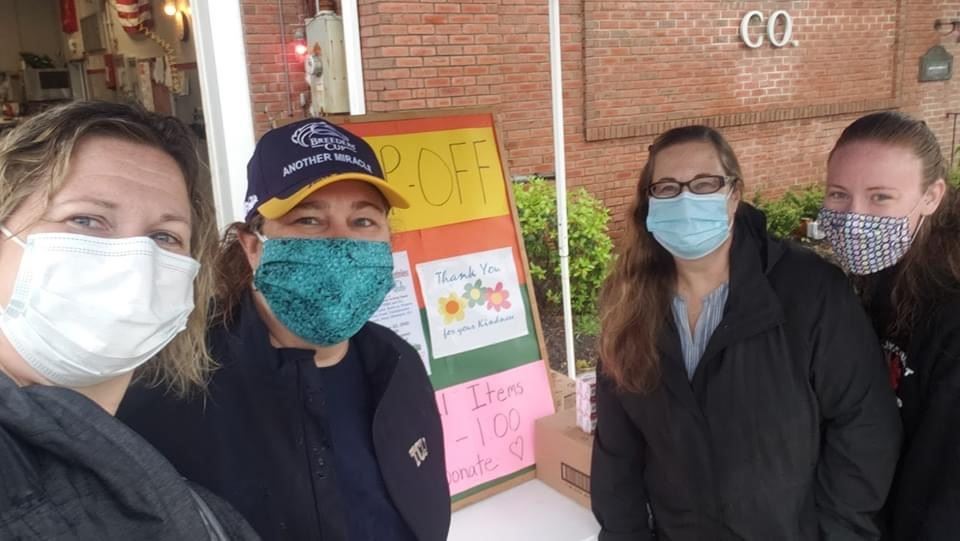 pany and the Ladies Auxiliary held a very successful Baby Items & Adult Toiletries Drive-Thru Drop Off on Saturday, May 23. Thank you to all who donated! 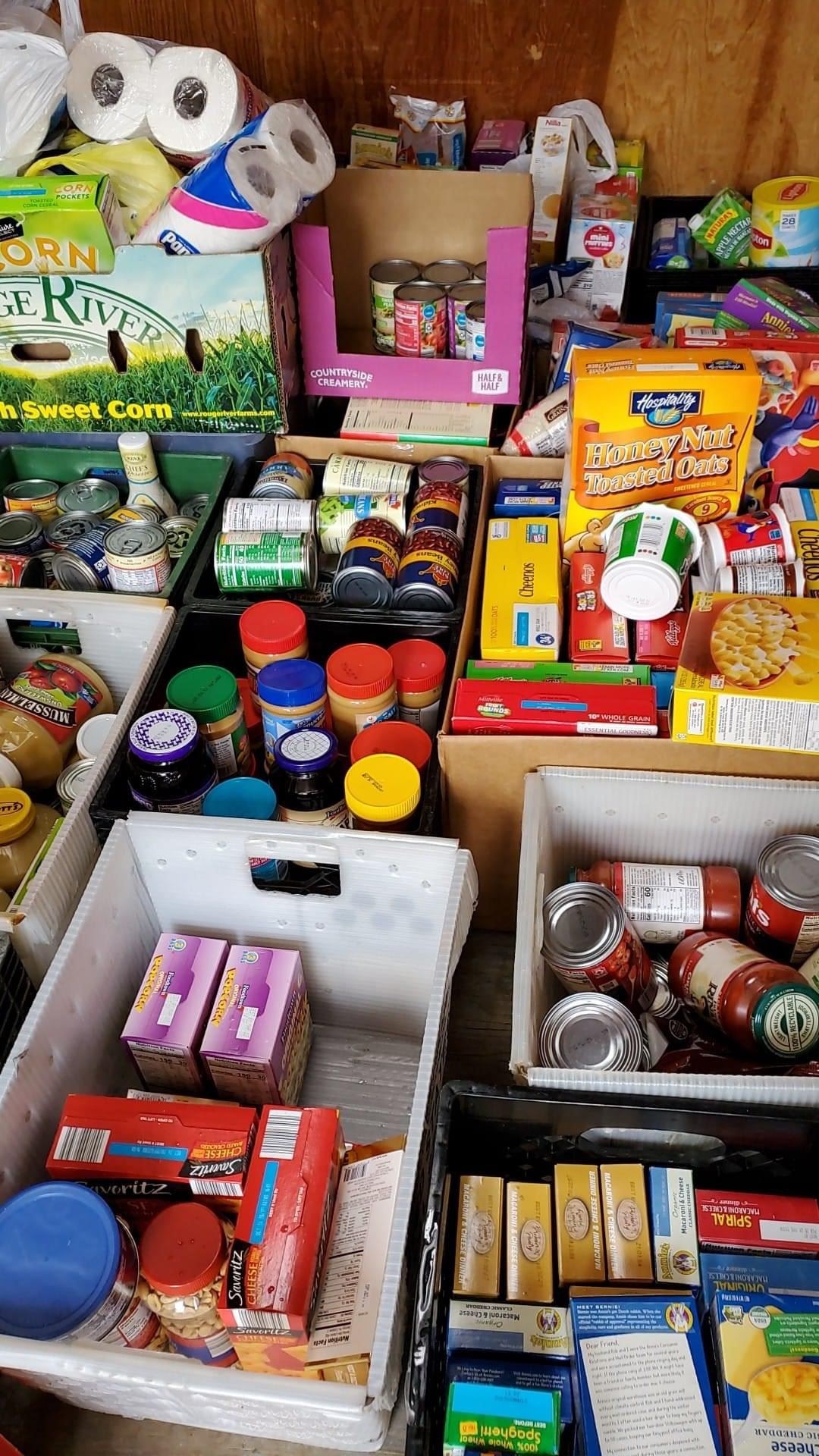 Despite the heavy rain on Saturday, May 23, Port Monmouth Fire Company collected three loads of canned and non-perishable food items, as well as countless monetary donations, to support Middletown Helps Its Own. A big thank you to the community for supporting their Food Drive!

8-year-old Sophia Collett Sews for a Cause

Sophia Collett, a 2nd grade student at Nut Swamp Elementary School, has been juggling virtual learning with a side-job of sewing face masks for multiple causes in our community! 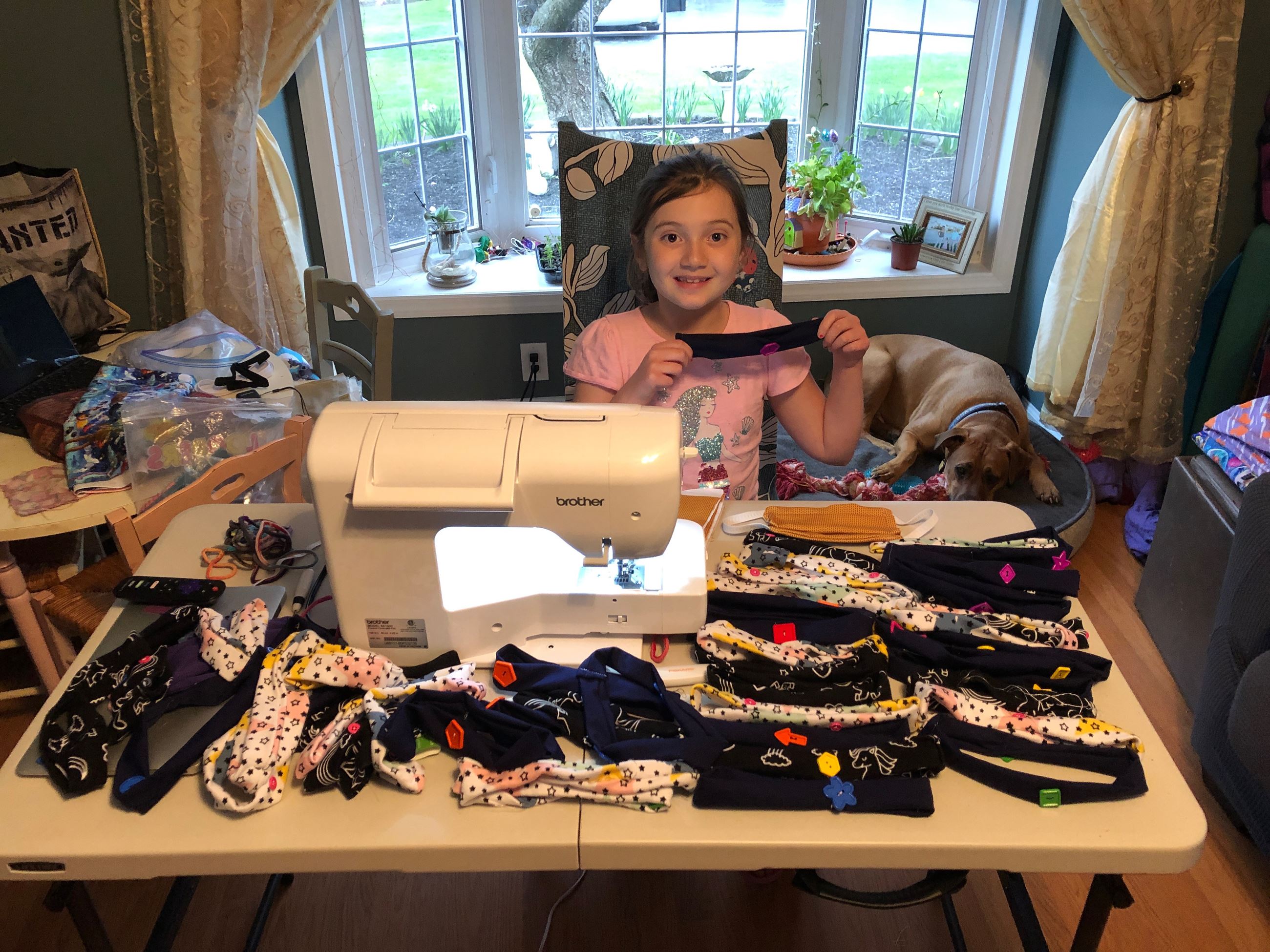 The 8-year-old learned to sew by taking classes and with her mom Jennifer’s guidance. The idea of sewing masks to donate to first responders became a reality when Sophia’s swim coach texted her parents about face mask sewing kits that were being provided by JOANN Fabrics that coincided with a philanthropy project that her teacher had assigned. Her mom posted about her project on social media to see if anyone needed masks and received a huge response. Once the family realized the need, Sophia decided to ask for $5 per mask and the money earned would be donated to first responders. She was able to raise funds to send dinner to the Labor & Delivery Department at Monmouth Medical Center, two days of meals to Red Bank Veterinary Hospital, and lunch to the Middletown Township Police Department. Sophia then decided that she wanted to donate money to the Middletown Township all-volunteer Fire Department in memory of her mom’s uncle who was a firefighter who died in the line of duty. "Honestly, this was the hardest we saw her work," said parents Jennifer and Christopher Collett. "She wanted to donate as much as she could in honor of ’bear,’ said her proud mom.

Sophia raised $1000 for the MTFD and continues to deliver masks to organizations that need them. In her spare time, she also made "hero" headbands that were donated to local hospitals. We extend our sincere appreciation for this amazing young woman’s efforts! 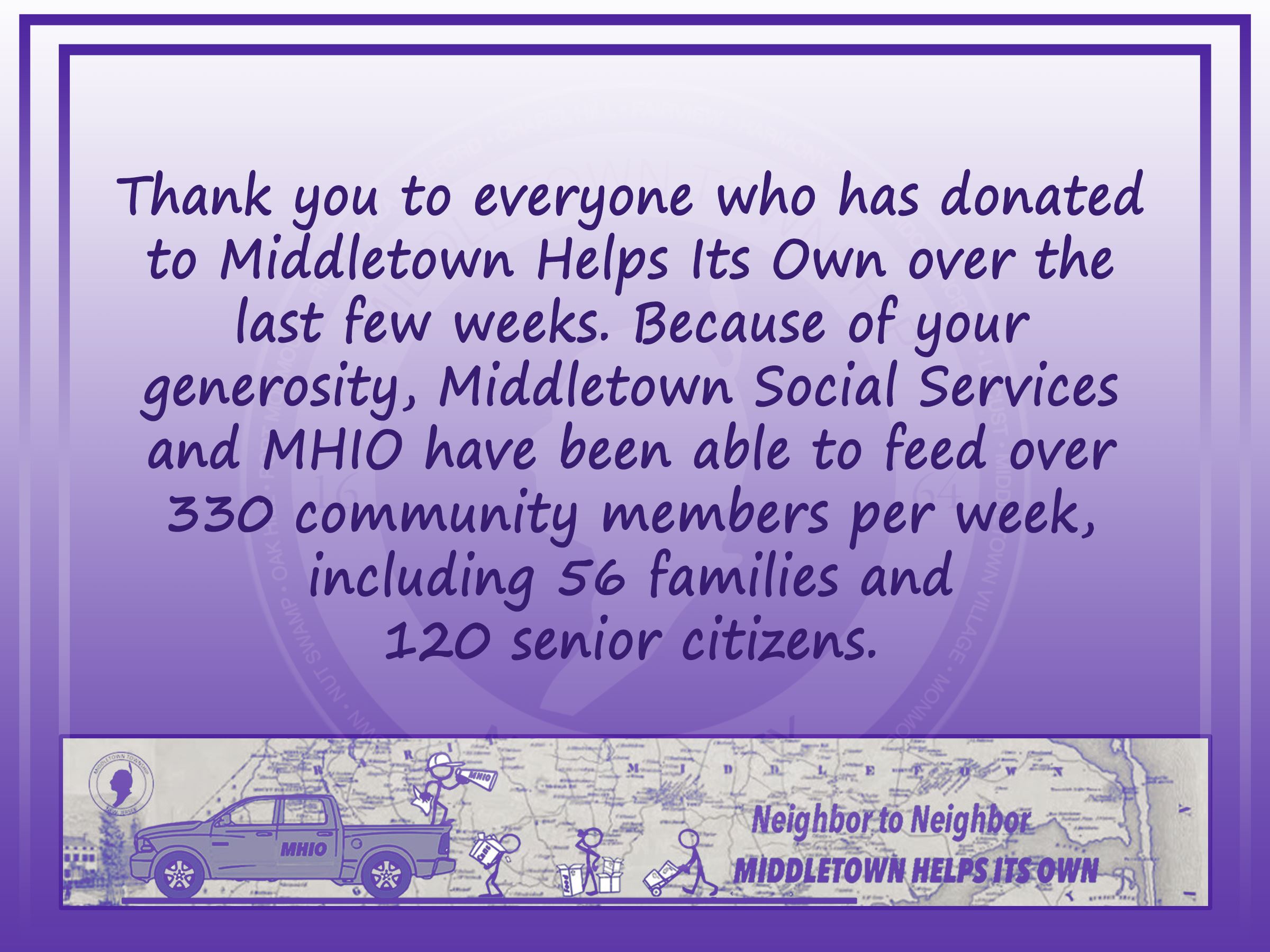 Thanks to the community’s generosity, Lincroft Fire Company collected three truck loads of nonperishable food as well as cash donations for the Salvation Army and Lunch Break at their Drive-Thru Food Drive on Saturday, May 9!

Middletown Township would like to thank the Hampel Family & Friends for raising money to purchase PPE (Personal Protective Equipment) for our frontline heroes in memory of Port Monmouth firefighter Robert Weber who fell victim to COVID-19 last month. Through their generosity, the following items were purchased:

We are fortunate to have such giving members in our community. 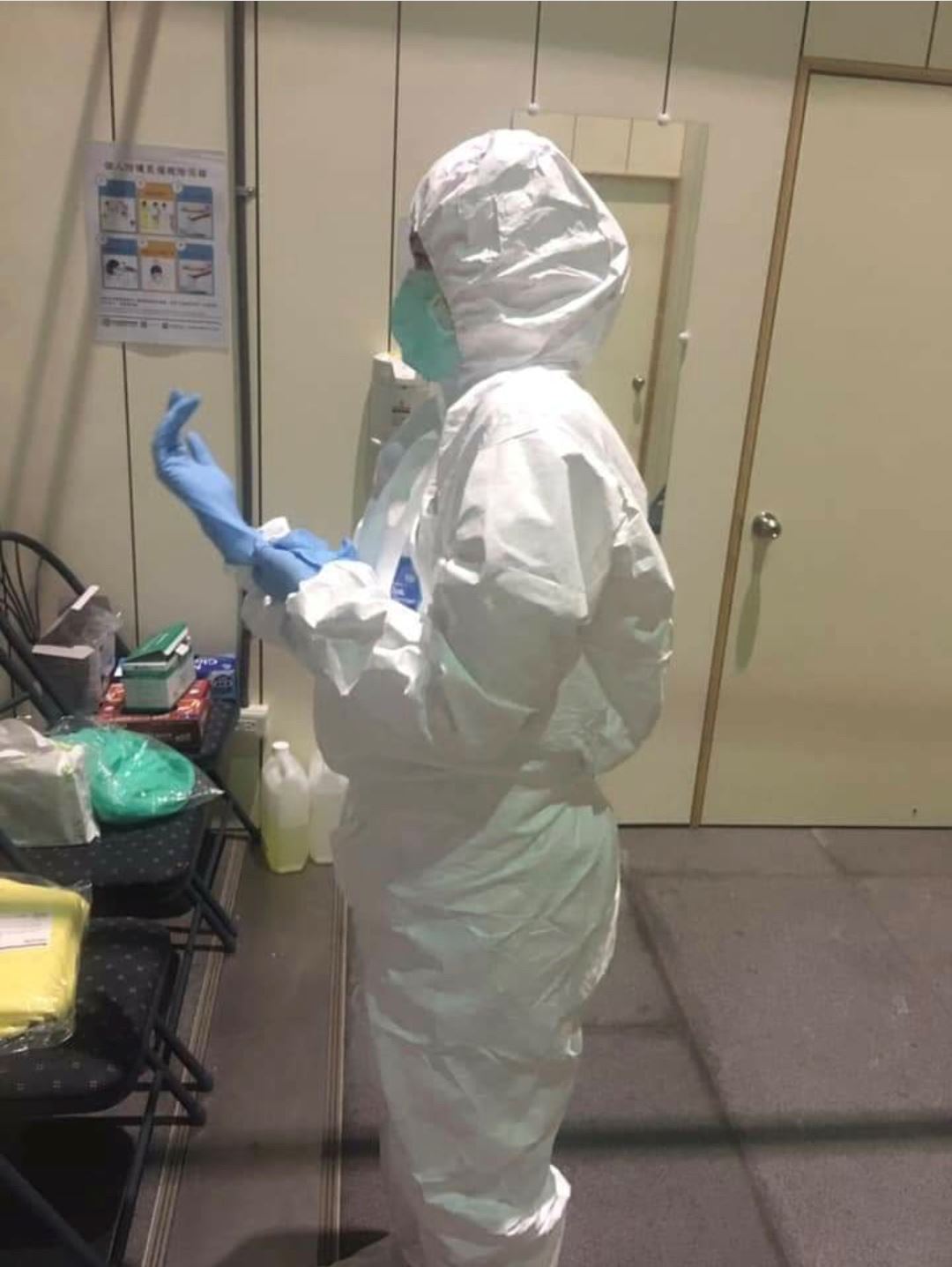 Recreation Director Janet Dellett challenged Middletown residents young and "seasoned" to a virtual game of catch and you all knocked it out of the park! Over 100 households sent in videos with a total of 160 clips. The ball (or roll of toilet paper in some cases!) zigzagged across Middletown over 250 miles! Thank you to all who participated.

(Click the picture watch a video about all our school nurses have been doing in our community.) 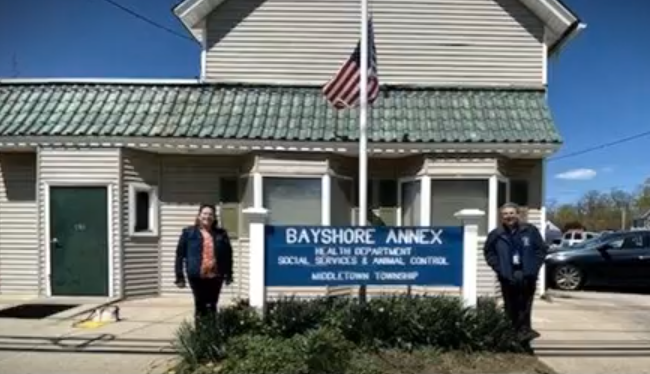 The Middletown School Nurses are dedicated and trained professionals who are also offering case management resources for issues that many people face, such as food insecurities, financial challenges and mental health referrals.

For additional resources and information from the MTPS nursing staff, please visit the new Virtual Health Office by clicking HERE.

Check out the segment that aired on News 12 New Jersey. 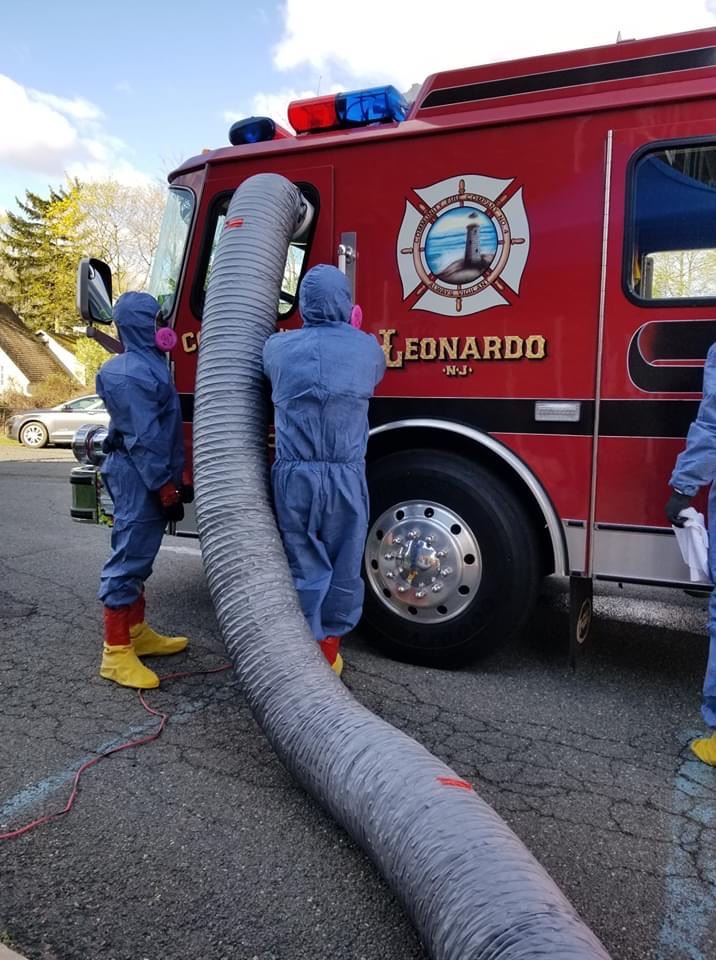 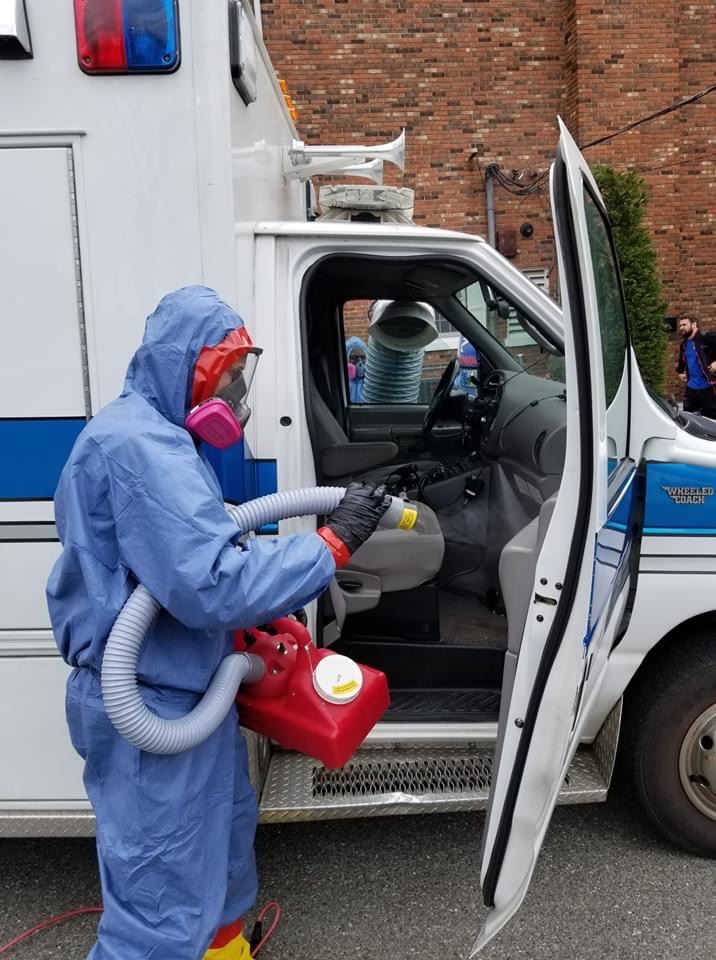 to All American Restoration for disinfecting 70 police, fire and EMS vehicles in Middletown! The company is offering free disinfecting to all Monmouth County first responders.

The members of Middletown Township 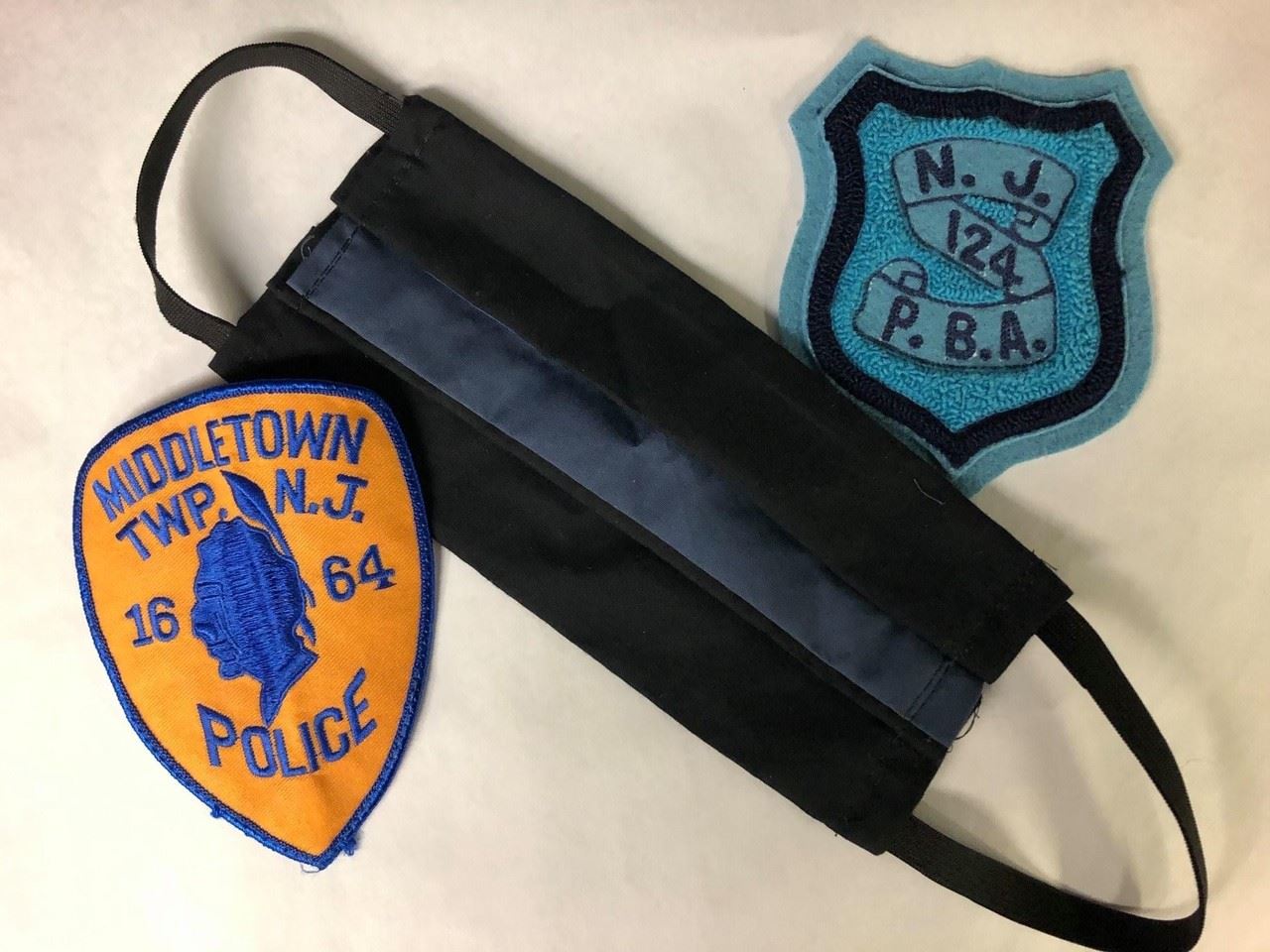 PBA Local 124 gave Kathy Straniero (who happens to be Middletown Social Services Director) and her team, daughter Laura Straniero and sister Margie Yager, a huge thank you for taking the time to make and donate over 100 Thin Blue Line face masks. 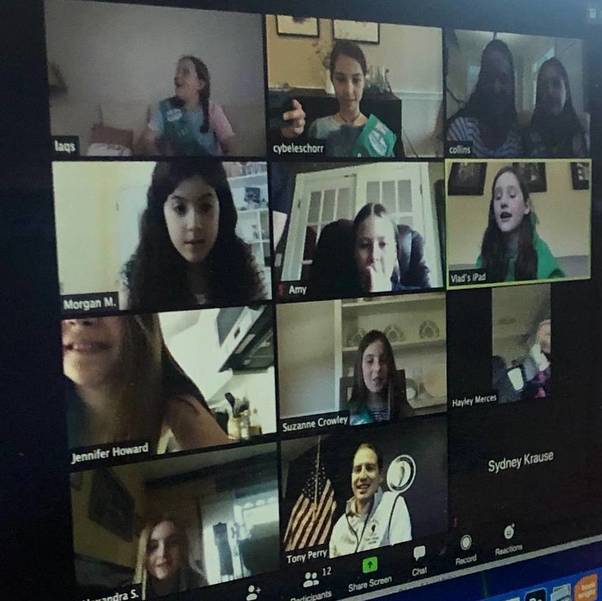 Mayor Tony Perry recently hosted a Zoom chat with Girl Scout Troop #1382. The Scouts are 5th graders from Nut Swamp Elementary School. The agenda for the Zoom meeting was to discuss arrangements to pick up and deliver the troop’s four cases of delicious Girl Scout cookies to the healthcare workers at Bayshore Medical Center, in Holmdel. Mayor Perry discussed with the Girl Scouts how much the cookies will be a ’great pick me up’ for all of the doctors, nurses and other healthcare workers on the frontline who will enjoy them!

Thank you to Victor Kuo, owner of Temple Gourmet Chinese in Red Bank for generously donating 40 meals to the MTPD on Monday, May 11.

Let’s continue to support the restaurants who are there for our community all year!

Many thanks to Christina Pinnero and her beautiful family who helped Victor with the delivery in memory of a loved one who lost their battle with COVID-19. 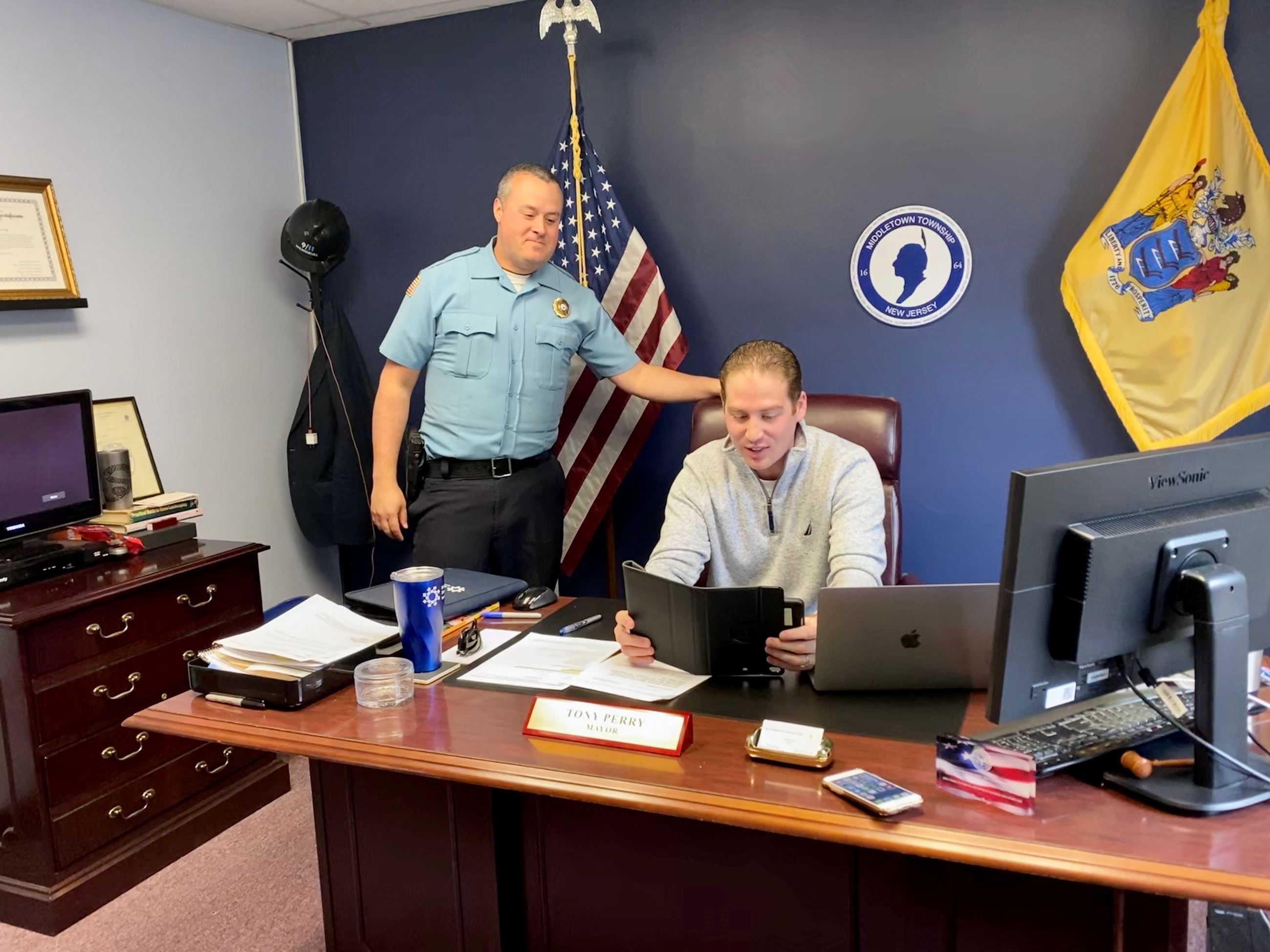 Detective and Community Relations Officer Ricardo Cruz gave a virtual tour of the Middletown Township Police Department to a group of first graders from Harmony Elementary School on Tuesday, April 28th. The tour included a trip to the training room, the jail cells and an interview with Mayor Tony Perry in the Mayor’s Office! 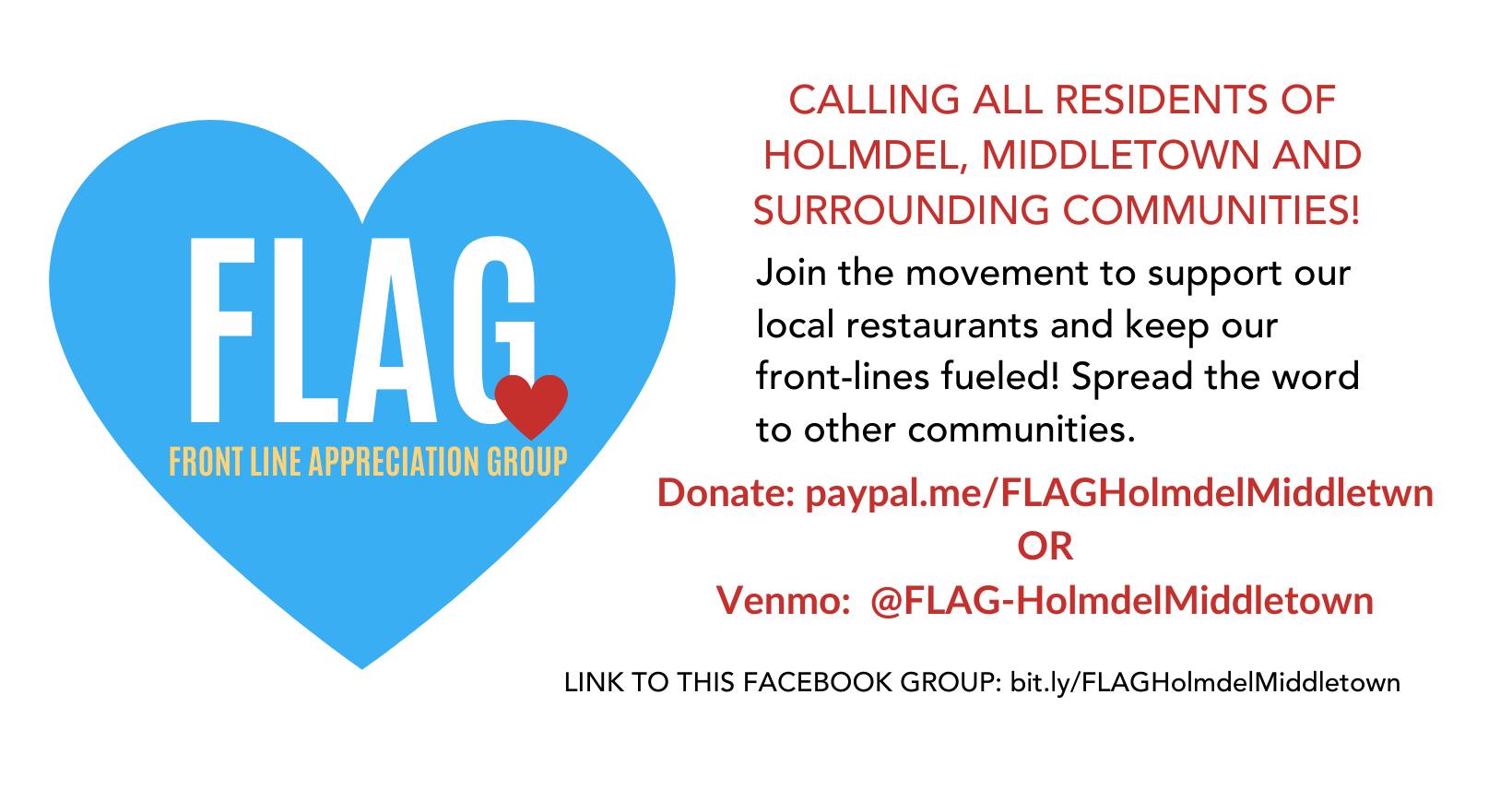 We can’t thank the Front Line Appreciation Group (FLAG) of Middletown and Holmdel enough for raising funds to purchase meals from our local eateries and donating them to our first responders. Please consider supporting this worthy cause! 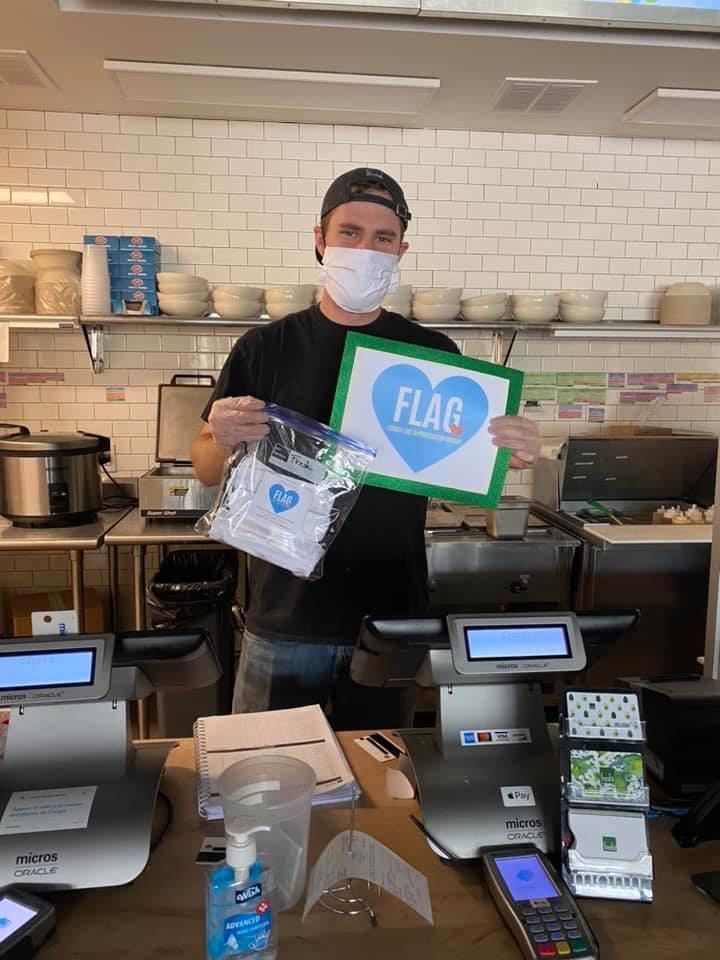 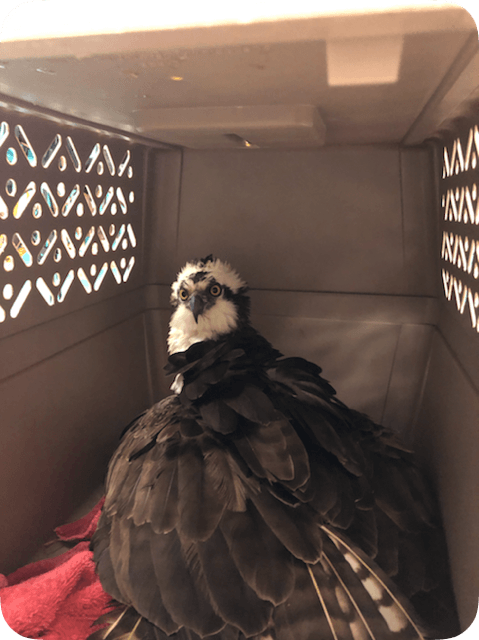 Thank you to the Leonardo First Aid and Rescue Squad for going above and beyond in the wee hours of the night to help rescue an osprey that was tangled in rope, hanging upside down in a tree that was extended over a lake at Naval Weapons Station Earle! 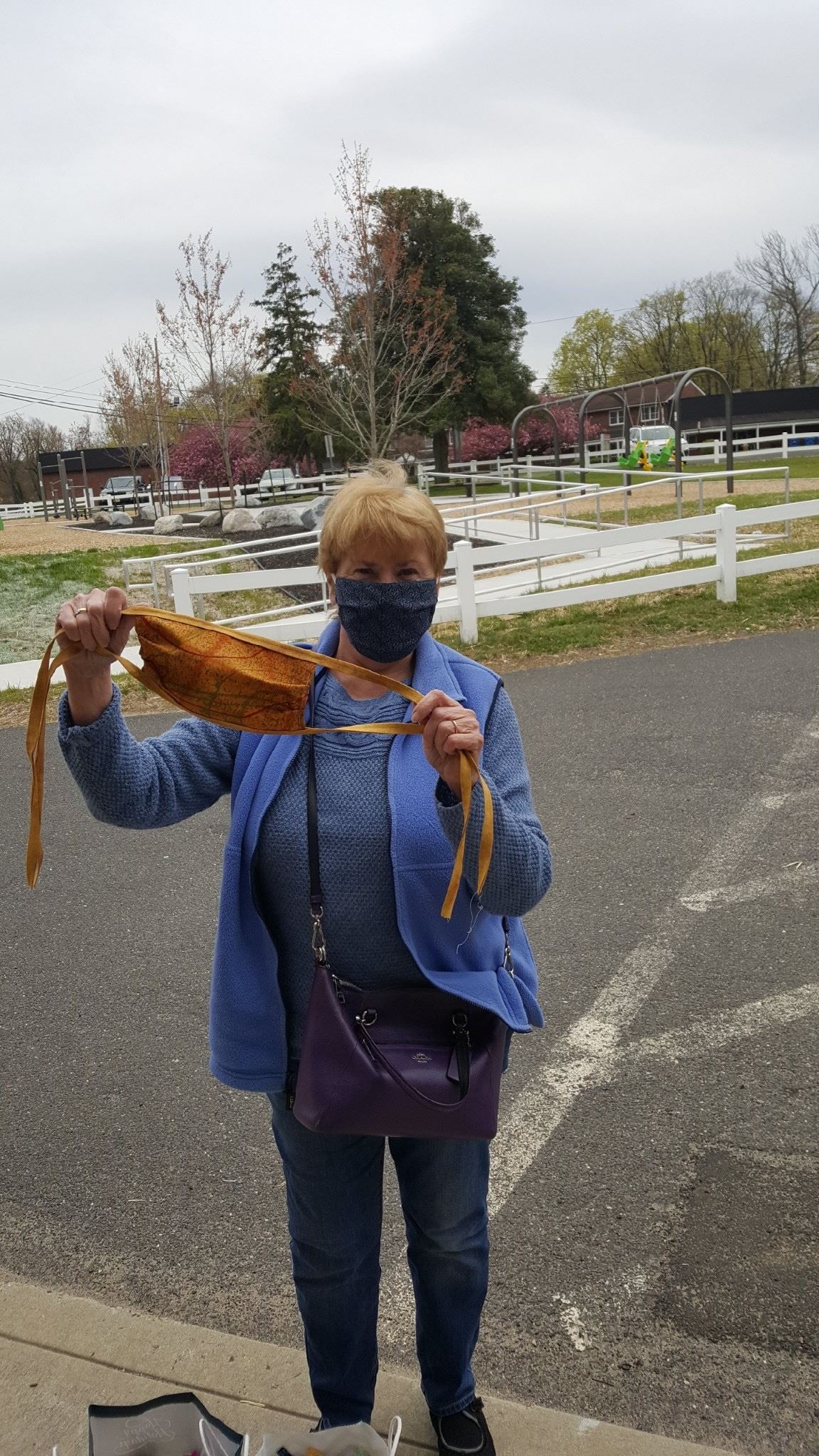 Thank you to Rebecca’s Reel Quilters, a quilt guild based out of Poricy Park, for the over 300 masks that they hand made and donated to Middletown Township employees. The initiative was spearheaded by Anne Carreiro and Regina Hyatt. Your kindness is very much appreciated.