$60/team
Neon themed - the team with the best neon outfit wins a prize!
Towel and water provided. Medals to the top teams.

The tournament is broken into the following divisions based on team gender and ratings:

There will be 8 teams per division (subject to change). Ratings are self-given and are outlined here Teams & Schedule. The higher-rated player on the team determines the team's rating level. Players should only compete in their appropriate skill level in order for everyone to enjoy the most of the tournament. The honor system will be used here and any weighted teams in inappropriate levels may be subject to disqualification. There will be two players per team, both must be 18 years or older to play.

Finalized schedules will be available the week before. Once the schedule is known it is important for all teams to arrive 20 minutes before their first game to allow ample time for check-in.

The team that wins best 2 out of 3 games wins the match. First to 11 wins the game, must win by 2. Each match will be allotted 30 minutes to play.

This tournament takes place on tennis courts with lined pickleball boundaries. All players are required to bring their own paddles.

Please note, this is not a sanctioned event. All games are loosely officiated by the players, we rely on the spirit of sportsmanship and honesty to keep the matches fun and enjoyable for all! Players and spectators are subject to our code of conduct.

The complete set of rules, regulations and code of conduct can be found here.
Match Format & Rules
Questions?
Call Recreation at 732-615-2260 or email recreation@middletownnj.org 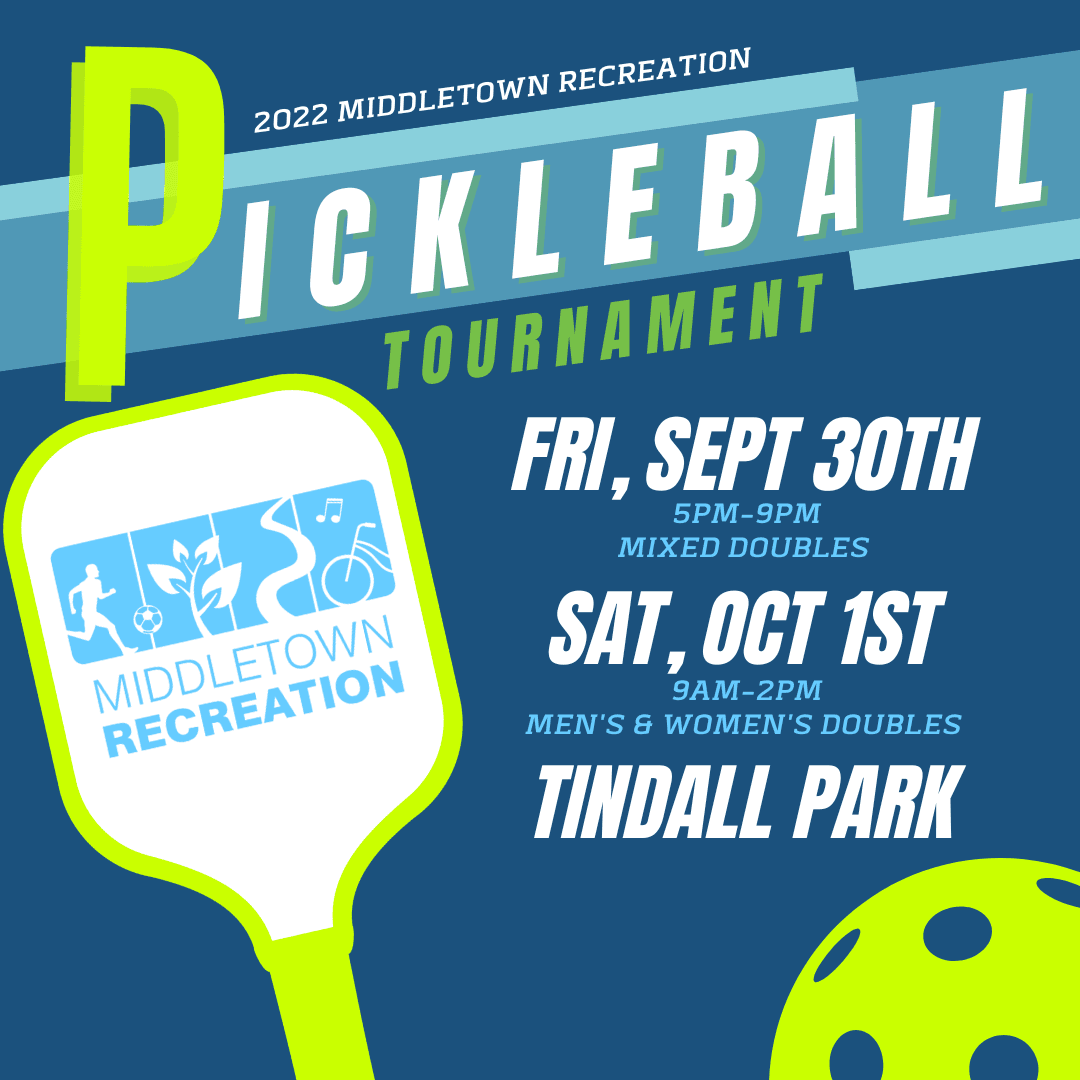